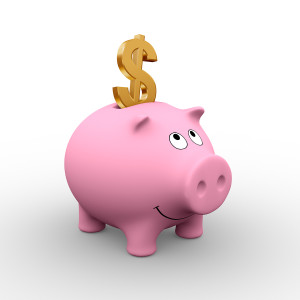 Before I start this article, I want to make one point very clear: I’m not an economic psychologist.

Throughout my adolescent years, I’ve been very supporting, financially, to the local US economy. During my high school career, I had my first illegal drink in the spring of my freshman year, and I’m almost certain that not one of any high-school aged readers have never had a beer or a quick swig of jack at a house party. Since then, most of my allowances or pay from my various after-school part time jobs have been going to liquor stores on Friday’s and buying beer for a house party that was about to go down that very night. Having a fake ID in high school back then was a very big deal and it was the only way you could get alcohol illegally, but it was incredibly risky. Another option was striking up a solid friendly relationship with a senior and having him or her get you beer. In the end, I really wasn’t a type of person that was extremely outgoing and bold enough to make friends with a big bad senior.

As soon as college rolled around, it was a completely different story because at 21 you couldn’t get your fake ID confiscated nor have the nervous sweats pouring down your neck moments before walking into a liquor store with a goal of scoring your first six pack. Being 21 was a glorious age to be alive, bunch of my friends and I would jump into a Jeep and speed away from the terrible clutches of campus and academics *fart noise* and finally pour into our favorite liquor store, the owner whom we knew on a first name-basis, give him a mutual high five as if he completely approved the unreal amount of terrifying debauchery we were about to get ourselves into on that Friday night with our plentiful bounty in tow.

Post-grad was a different monetary situation. Gone were the late night fast food runs that resulted from our drunkenness, gone were the unhealthy amount of money blown in 30 racks of Natty Light, and gone were the charges from Uber rides to and from the liquor store to the fast food joints. It was truly a new era and I really needed to get my head straight.

From the age range of 22-24, as with probably most of the people during that age, I officially became an adult *fart noise*, and opened my first mutual fund where I could invest half of my earnings from my job in preparation for retirement. Thankfully, I could spend the rest on necessities such as gas for my car, rent, clothes, and the occasional night out on the town with the boys during a weekend.

If you’re a high school froshie and wondering what to do with your newly acquired bar mitzvah money or trust fund, don’t be scrub and get a fake ID, but do join a sports team and make friends with a senior who can get you as much alcohol that will make Ron Burgundy cry. And save!

These Viners Create Dream Apps Of The Future