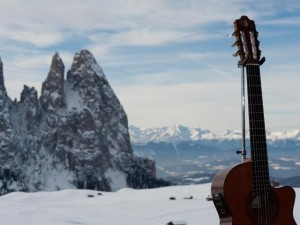 In honor of the incoming snowstorm that is surging the bread and milk prices in the Northeast, I figured why not throw out some recommendations on what to listen to while you longingly stare out the window at the freshly fallen snow.  So, without further ado, here are some things to facilitate those pseudo deep snowed in thoughts:

Rogue Valley-The Wolves and the Ravens: I mentioned them when I listed out my fall playlist a few months ago but Rogue Valley specifically made this song with winter in mind.  And I can safely say from experience that “The Wolves And The Ravens” is truly some quality cold-weather-angst fuel.

Oscar Isaac, Marcus Mumford, and The Punch Brothers- Dink’s Song (Fare Thee Well):  This old traditional folk tune has a special place in my heart and the up tempo arrangement designed for the film Inside Llewyn Davis provides a perfect soundtrack to a bleak but beautiful winter storm.  I particularly suggest this one if you’re warming yourself by a fire, since folk songs are supposed to be listened to by fires anyway.

Gregory Alan Isakov- Idaho: Sparse, just like the state the song is written about.  Or at least that’s what people say, my experience road tripping took me through a beautifully lush and mountainous area of the state but apparently there is also a portion inhabited solely by potatoes and boredom.  Either way, “Idaho” is a slow ballad that you can just zone out to as you watch the snow fall.  I imagine it sounds pretty damn good played over the sound of snow crunching under your boots too if anyone is brave enough to venture outside.  P.S. pretty much anything by Gregory works for this weather.

James Taylor- Sweet Baby James:  Not much explaining needs to be done really, just turn on this video and listen and you’ll know exactly why it’s included.  Also, for this one I included some annoying slide show video because it includes pictures of the Berkshires and anyone who doesn’t know what they look like in winter deserves to know especially to the tune of this song.

Ray LaMontagne- Jolene:  Admittedly I’m not the biggest Ray fan but damn this song is powerful and really just makes sense for this list.  The words, the tone, that damn lonesome sounding fiddle that occasionally shows up just to remind you of how shitty the narrator’s life is, all of it just screams winter.  As such number 5 definitely goes to Ray Ray and “Jolene.”

Phantom Limb by The Shins

Happy Thanksgiving From All Of Us At HBCVibes