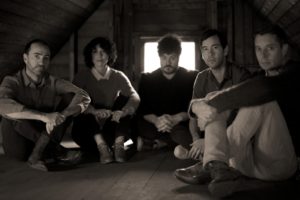 It has been a long time, most would say too long since we have had the opportunity to see Indie Rock icons The Shins grace the stage.  Well now we finally have some closure as the group has announced that they will be playing their first concert in three years this September.  Shins fans are going to want to pay attention to this part… They will be headlining the End Of The Road festival in September alongside some other notable names in indie and alternative rock like Animal Collective and Joanna Newsom to name a few.

Here is the website with the rest of the details, take a look at the list of names on there some of them are pretty phenomenal (Local Natives, Sam Beam aka Iron and Wine, Phosphorescent, etc).  Give the site a look and dust off those passports because this festival is more than worth the trip.

Joan Baez Celebrates Her Birthday With A New Tour