Home
Concert News
&
Staff Picks
I Went To The RAC Concert Two Saturday’s Ago And It Was Amazing!
Tweet Pin It 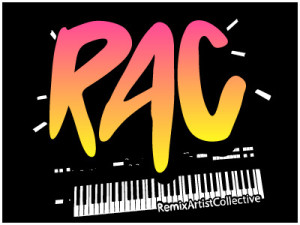 Just this past weekend my best friend and I drove into the city Saturday night and together saw RAC perform at the Warsaw in Brooklyn. My first impression of the concert was nothing but absolutely positive. We were one of the several there, so it was perfect getting a first row-view of the action. After getting a couple drinks and as the theatre got more populous, “Filous”, an 18 year-old electronic music prodigy from Austria was the first to open for RAC. We already knew about what the young man was capable of and knew some of his remixes, so we already had a pretty good idea what we were in for. In truth, it was absolutely nothing we were expecting, seeing him live and letting ourselves be mentally and almost spiritually captured by all the music he was creating. He started out with a remix that really mimicked Thomas Jack’s and Kygo’s style, “How Hard I Try” together with James Hershey who does the prettiest vocals. While James Hershey is doing his thing, Filous comes on and just jams on the guitar he’s holding in his hands and plays the most melodic tune you’ll ever hear. For a moment, I closed my eyes and I was truly taken to another paradise where nobody could distract me or bring me back from.

The next act was Big Data. I gotta say, I had no idea who they were until that Saturday night, but they definitely left a huge positive mark on me. Their hit song “Dangerous” sent big feel-good shocks through our bodies and we nodded in approval and to the music.

Finally, the moment arrived and RAC came on. As if he read our minds and anticipated on what we were wanting him to play, he began the setlist with Cheap Sunglasses. All the medlodic synthesizers, bass and RAC’s guitar playing really came together and as audience we definitely vibe’d off that and immediately got into a cool, swaying-like trance. From “Let Go” all the way to “Tear You Down”, the entire show was an unbelievable sensation and experience.

Something to Start Your Week Off Right